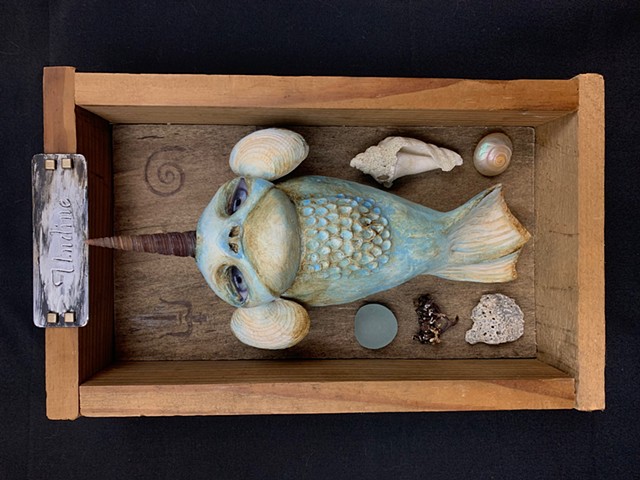 "UNDINE" Undines are elemental nature spirits. They are the invisible, spiritual counterparts of water. They can appear as mermaids, mermen, narwhals and many other finned creatures. They are kin to all water-based beings and can glide through depths of water with ease.