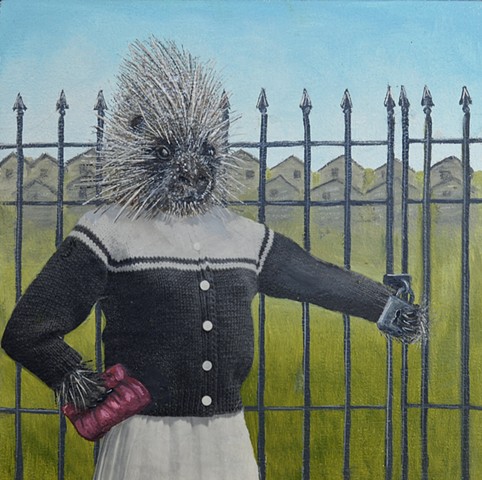 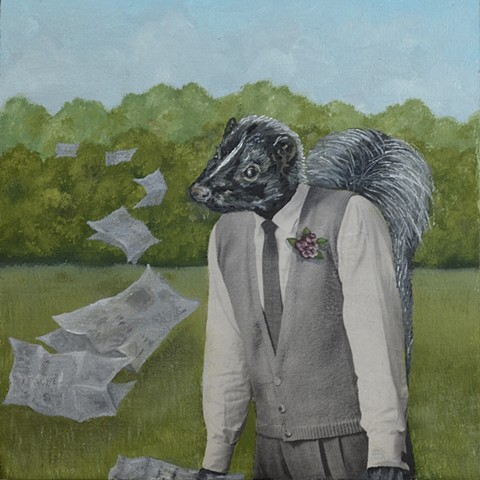 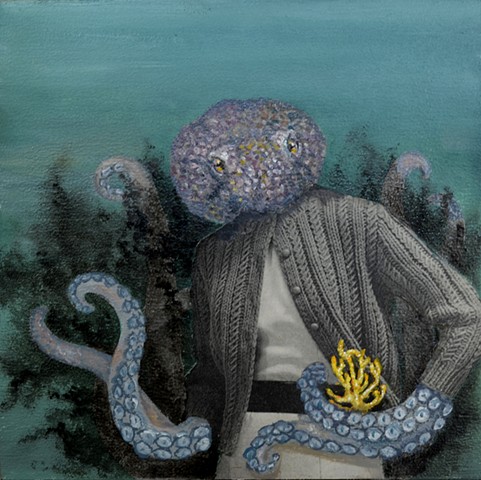 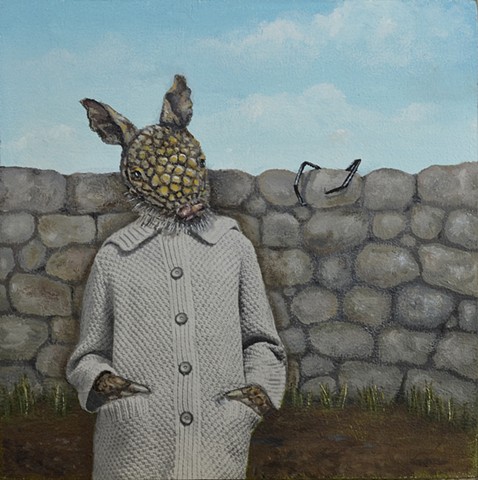 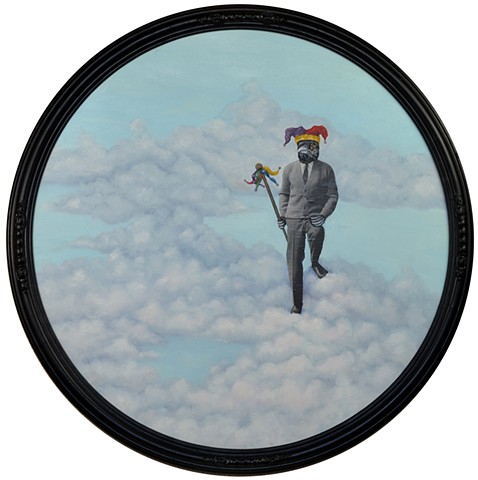 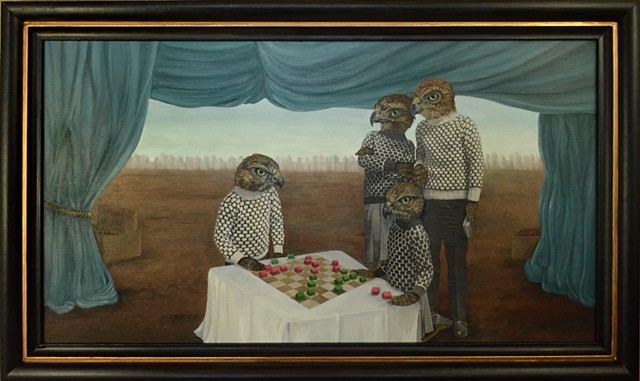 “In-between” a solo show These paintings began with a knitting magazine from 1960. I found the models’ poses interesting and decided to separate the clothing and thus the pose from the person and setting. I cut out the clothes and used them as the starting point for each painting, creating a new story for the old image. I titled this show “In-between” because of the subjects. They are not exactly animals, but not entirely human either. The stories are about people, but animals play the characters. They help to tell the stories of the games we play with the world, how we try to feel safe, and how we impact the environment around us.

Biography: I have been entranced by the rich atmospheres and colors of traditional oil paintings since first walking through the galleries of the Museum of the Art Institute in Chicago as a teen. I have also long been drawn to the intrinsic stories and histories of papers, fabrics, and text. My paintings combine these two interests by incorporating collaged elements into oil painting. At first these paintings may seem purely whimsical and the subjects arbitrary, but my hope is that a viewer will be drawn in by the painting enough to tie together the images and elements and develop their own story, or consider a new view or idea.

I studied painting at Illinois Wesleyan University where I earned a BFA. After traveling extensively I returned to the mid-west where I attended the University of Illinois and earned a MA in Art Education. I taught art at all levels from kindergarten to college before leaving teaching to paint full time. I reside in Lafayette, Indiana and have a studio here.