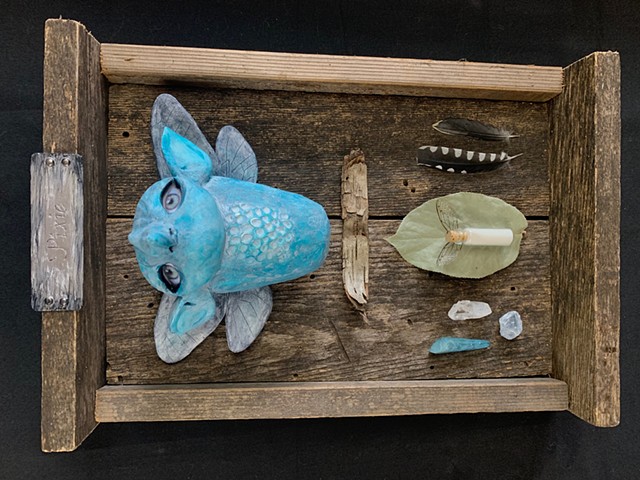 "PIXIE" Pixies are flying nature spirits that appear much like faeries. They are generally tiny, mischievous and childlike. They are fond of dancing and gather outdoors in huge numbers.

Cabinet of Curiosities’ In the 16th and 17th centuries, 'cabinets of curiosities' or 'cabinets of wonder' stored and exhibited a wide variety of objects and artifacts, with a particular leaning towards the rare, eclectic and esoteric. Through the selection of objects, they told a particular story about the world and its history. The cabinet commonly featured an eclectic blend of antiques, objects of natural history (such as stuffed animals, dried insects, shells, skeletons, shells, herbarium, fossils) and even works of art. These cabinets were used to explain aspects of nature that seemed to be unexplainable and offered a way of understanding the world, and viewing objects. Each object was wonderful in itself, and at the same time revealed the secrets of the world. These cabinets predated our modern museums, in which things are now more often categorized by geographical location or natural species.