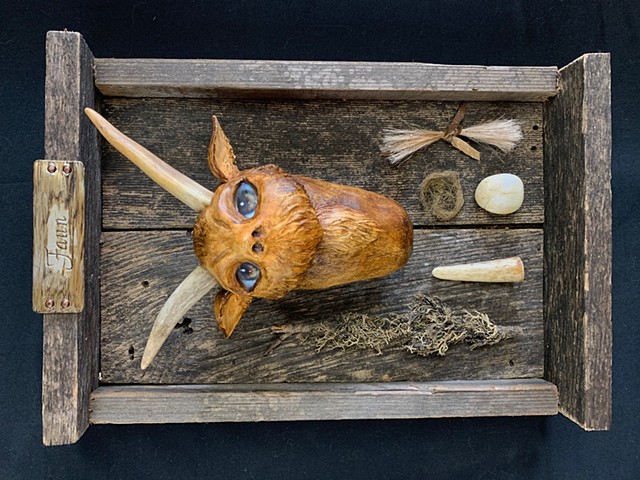 "FAUN" Fauns are the earthy nature spirits of the untamed woodlands. They tend to have a masculine energy and promote joy and merriment throughout the forest. They can appear as a human-like goat or horse and have a distinct connection to trees. Fauns offer their consciousness to a tree to help the tree grow harmoniously in its environment. Through this reciprocal action the faun is tied to the tree for its entire lifetime.