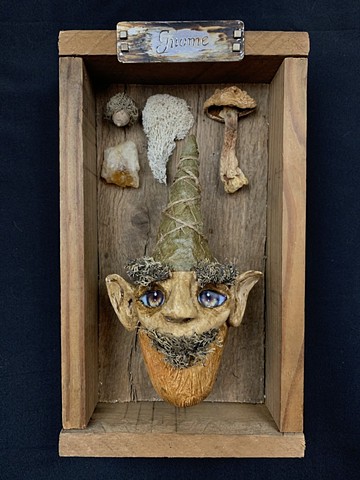 GNOME - Gnomes are elemental nature spirits. They are the invisible, spiritual counterparts of earth. Gnomes are very reluctant to interact with humans and able to move through solid earth as easily as humans move through air. This earth-dwelling spirit often guards deep mines and precious underground treasures. They sometimes take residence in oak trees and tend to smell like a mixture of mushrooms, moss and dirt.